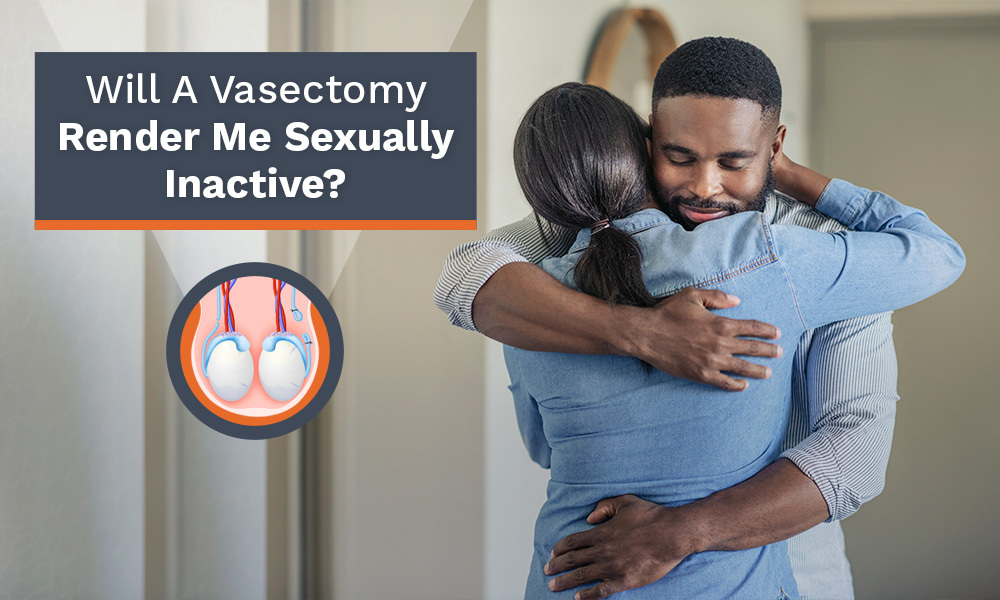 Will a Vasectomy Render Me Sexually Inactive? 07 Dec

No, a vasectomy does not render you sexually inactive. In fact, it is the opposite: since a vasectomy stops the production of sperm, it can actually help to improve sexual satisfaction by reducing anxiety over unwanted pregnancies and eliminating the need for contraception. However, it’s important to note that although you won’t be producing sperm immediately following a vasectomy in Ottawa, it may take several months to ensure that all the remaining sperm has been cleared from your body, so precautions should be taken to avoid an unwanted pregnancy. As well, men who have had a vasectomy should still use protection against sexually transmitted infections (STIs) since these are still possible after the procedure.

A vasectomy does not affect sexual performance or pleasure

After having a vasectomy in Montreal and allowing a few days to fully heal, men may still experience all of the same pleasurable sensations during sex that they did before the procedure. Vasectomies do not affect the ability to get an erection, ejaculate or reach orgasm. However, over time, there may be a slight decrease in semen volume due to the lack of sperm production. This should not have any effect on sexual pleasure and satisfaction for the man or his partners.

It is a commonly-held myth that having a vasectomy in Hawkesbury will decrease a man’s masculinity, virility or sexual performance. A vasectomy does not affect a man’s hormones, so his sex drive should stay the same; some men have even reported an increase in desire and satisfaction. The only thing a vasectomy affects is the man’s ability to conceive. Find out everything you should know about getting a vasectomy by contacting Dr. Bercier.