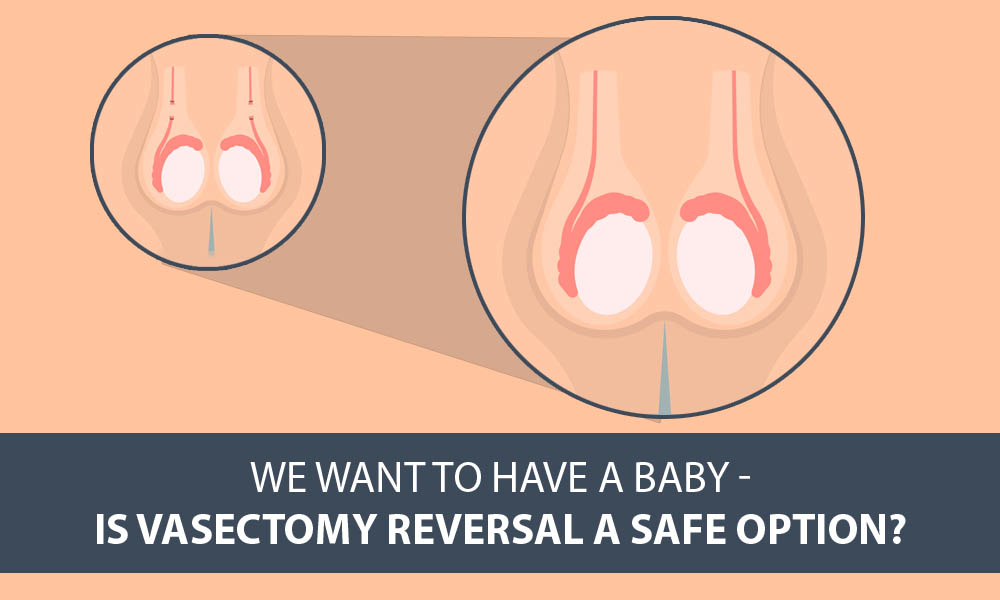 We Want to Have a Baby – Is Vasectomy Reversal a Safe Option? 04 Jun

A vasectomy is a common procedure for men who are done having children. If your circumstances change and you decide you want to father a child again, you might be wondering about a vasectomy reversal. Keep in mind that after a vasectomy, you still produce sperm. Although reversals aren’t as common as vasectomies, it is an option if you’ve changed your mind and want to have a baby with your loved one.

What Happens in a Vasectomy Reversal?

How Hard is it to Recover from a Vasectomy Reversal?

A vasectomy reversal is an in-office procedure. You’ll go home the same day of the procedure. Typically, most men don’t experience more pain than the original vasectomy. You will need to take it easy for 5 to 14 days following the reversal, which is longer than you needed for the vasectomy. You should plan to avoid heavy lifting and sexual intercourse for four weeks after the reversal. Vasectomy reversals are a safe procedure that have few risks.

How Successful is Vasectomy Reversal?

If you’re thinking about a vasectomy reversal, make an appointment with Dr. Bercier to get more information about the procedure and to discuss your medical history and overall health.